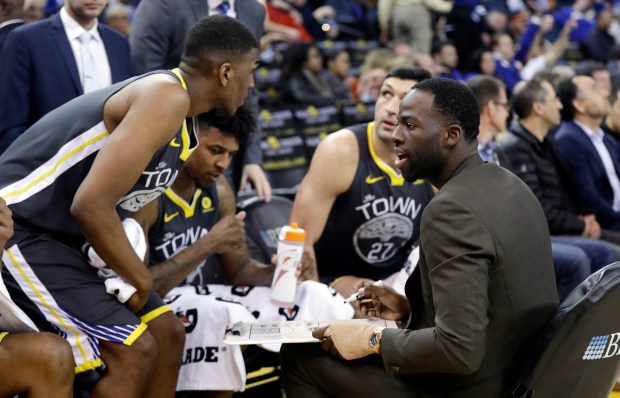 Not As Easy As It Looks

There’s been quite a bit of chatter about Steve Kerr’s decision to “let the warriors coach themselves” this week. (Coverage here and here)

This was a neat move. Giving players leadership and ownership over their endeavors, done right, can be very powerful. And Kerr spoke about wanting the players to feel more ‘ownership.’

But I think it’s also important to understand what happened and how. This is a powerful moment but one that is also easy to romanticize.

For example the phrase ‘let the warriors coach themselves‘ is a bit of an exaggeration. Kerr gave his players leadership–real leadership–in specific situations. McGee ran the video session. Iguodala, Green and West ran team huddles. Kerr and co strategically “stepped back” knowing they’d step in again and having carefully chosen the setting and maybe the players who were given extra responsibility. This was not ‘letting the group decide.’

Players also led aspects of team culture that they had seen modeled by Kerr and co many times before.  They knew how a Warriors huddle or a Warriors video session were supposed to operate and sound. They had been acculturated.

And most importantly Kerr had set the ground work. There’s very little way to do this kind of thing well without that so I want to describe what I think it means.

Kerr’s delegation of authority worked because he’d laid the groundwork by investing seriously in background knowledge and shared vocabulary.

The players all understand Kerr’s system, his “game model” (thanks to Christian Lavers for this term). Every player knows this cold: Not just what their roles and responsibilities are generally but how they change when the team–I’m shifting to soccer terminology here–presses versus defends deep, say. ‘Coaching’ here means making strategic applications within a system they all know well.

They have shared technical vocabulary to allow them talk about it in very precise ways.

Having a precise shared vocabulary allows them to talk about the things they want to do and problem solve together.

They have words to describe exactly what they want to do. And they all know that the other players know these words and the concepts they refer to in a very precise and specific way.

It’s a perfect example, I think, of what Dan Willingham means when he says that critical thinking, reasoning and problem solving rely on and require knowledge that is encoded in long-term memory (and in the case of athletes shared in a systematic way so they all know that the others also know).

If you don’t have a clear sense for how we want to do things and don’t have shared vocabulary this is much less likely to work. Ironically, successful granting of autonomy is often a testament to the quality of the system.

And a lot of clubs haven’t spent enough time on things like curriculum and principles of play and shared vocabulary. They haven’t installed that knowledge in players’ long-term memory. Sometimes this is because they want to emphasize decision-making and problem-solving instead but ironically these are the things players need most to accomplish those thinking goals.

As Ian Barker put it: “The Kerr example should speak to empowerment, but also to the dedication and commitment of embedding the learning.”

He tells a story about another example of strong teaching allowing for autonomy:

“A team I know won two games in front of crowds that literally x100 times bigger than normal. The challenge was the typical coach interventions were not possible and could not be heard. However the team had massive amounts of shared experiences, recognized all manner of patterns, [&] had been well coached. When the coaches were effectively removed they did not drop in performance. They indeed exceeded previous levels.”

Empowerment starts with shared knowledge. This is important because some youth coaches might miss the steps Kerr and his players took to make something like his viable and succeed only in creating a vacuum and not autonomy.

Lavers puts it this way:”The concept of creating systemic understanding, collective decision-making principles, and a “game model” to build around is not embedded in most coaching.”