Today being Martin Luther King day, I spent the morning re-reading passages from Taylor Branch’s Pulitzer Prize winning biography of King, Parting the Waters: America in the King Years, particularly the hundred or so pages of his treatment of the Montgomery Bus Boycott. 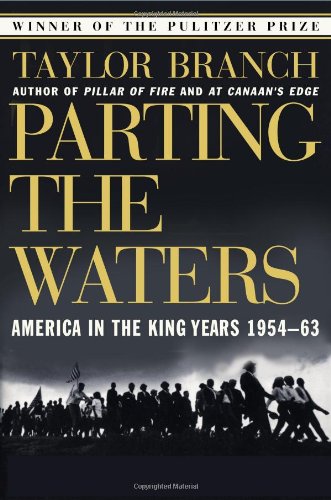 To some degree the boycott has, in Branch’s words, “dissolved in memory to a quaint story of tired feet and empty buses,” but it is breathtaking, humbling and powerful.  The long boycott was marked by constant difficulty, suffering and fear for so many. For King, there were death threats in the night and his house, as many know, was bombed while he was speaking at a church meeting, with Coretta and his daughter Yolanda inside.  But there was so much everyday travail, all of it endured with knowledge that any success, even grudging, was unlikely.  It was unclear that the boycott could even be sustained, never mind that it would triumph.  The city of Montgomery’s white leadership constantly harassed Black citizens generally and boycotters specifically to try to make the boycott a war of attrition- first making it illegal for Black taxi companies to reduce fares, essentially keeping people from taking cabs, then, when the MIA organized a system of carpools, giving constant tickets to drivers and patrolling pick up sites to arrest Black citizens waiting for rides on “loitering” charges.  Basically, all winter long, the Black citizens of Montgomery, old and young, weak and firm alike, walked where they went. And were harassed.  Then as the boycott endured, there was legal harassment of the MIA’s leadership. Constant arrests.  The first time King was arrested, Branch describes him sitting in the back of the police car being driven to the outskirts of town sure that he was being taken to his own lynching before the car turned into a different jail than he expected. Every moment was incredibly fraught.

I’m sure there are other incredible biographies of the great man but Branch’s is especially powerful to me for another reason, though- because it is so intimate at times, because it tells the story of King as both public and private man. How his own father pleaded with him to give up the boycott and come home to Atlanta.  How inconceivably difficult it must have been to be a father himself and do the work he did. It’s impossible not to think about that when you look at pictures of him with his family- could he enjoy sitting on a swing with his children? or was he constantly thinking about the very real threat to their lives that could lurk behind every corner?

But maybe the thing that struck me most deeply this morning in reflecting on King’s life was a simple picture, which I saw for the first time this week.  It’s of King as a child- at six. To look at the photo as an educator is to be transfixed in a distinctive way.  He looks so much like the children we teach everyday: The sweet smile.  The face of childhood gazing into the distance of the future. He could be in that picture, just about any child whom we teach- the greatness within him waiting to emerge. If you looked at the picture now and someone asked you who it was you would not likely know it was one of History’s great men–you would more likely think it was one of your next year’s second graders.  It reminds me of  the potential in the children we teach.  Part of honoring King’s  legacy is to honor not only the greatness of the man in his adult life but the potential  represented in his childhood when he was challenged by his parents and his teachers, loved, pushed to strive for excellence.  It all started, here, the picture reminds me, with love and belief and teaching. Martin Luther King, Jr. at the age of six.

One Response to “A Picture of Dr. King as a Child”