Leanne Riordan teaches English Language Learners at Baltimore City Schools’ Holabird Academy.  I’ve shared several of her insights previously in this blog and in the new 2.0 version of Teach Like a Champion. 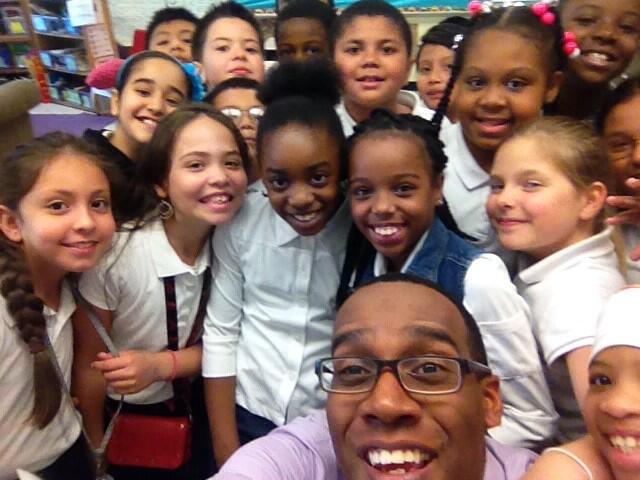 She sent me a note recently about using the principles of practice–ideas from Practice Perfect and several of our practice-intensive workshops as adapted and applied by teachers like Leanne–to help support struggling readers more effectively.  How the principles of practice can be applied more intentionally in the classroom is a topic that’s been on my mind lately, and Leanne’s note struck a chord- it was wise, practical and easily adapted by others.  She agreed to let me share her thoughts. Here they are:

I had an ‘aha‘ moment this week that brought me back to your Practice Perfect workshop when we discussed the cello lesson and soccer videos. I also connected to some memories from my childhood when I was learning piano and playing on a basketball team.

After looking at mid-year reading data, I recently targeted a few of my second grade English language learners for extra practice with fluency. Two are below grade-level and a few more are just below, or on the cusp. All have similar error patterns that are not atypical for ELLs: dropping word endings such as /-ed/ or /-er/, dropping plural or possessive /s/, adding an /s/ when there is not one, and substituting articles (a, the, an, this, these, that). Most read with little expression and often forget to pause at the end of each sentence. Practice getting it right

My initial approach was to work one-on-one with each student using a one-minute timed passage, at their reading level. I planned to give them multiple opportunities to read the entire passage while I kept track of errors on a separate copy. The goal would be to increase rate and accuracy from reading to reading. At the end of the passage, I would check for understanding by prompting with a summary-type question.

After just one session, I realized that giving all of the feedback at the end of the passage was not effective. By then, the student was probably not even aware of his errors, and mentally he had moved on. Even though I usually gave a quick one-word correction during the reading, there was no immediate opportunity to practice the missed word or phrase. Nor was the during-reading feedback meaningful because there was no explanation, no real coaching.

I decided to skip the timer and chunk the reading, working on just one or two lines at a time. I told the student exactly how far I wanted them to read, and I said if you make a mistake you are going to start over. When the reading became more accurate, I shifted gears to expression and modeled reading the same line or two, asking if the student could hear the difference (this is the point when it suddenly felt like a music lesson). After mastering these two lines, we added a few more and repeated the process. At the end of a paragraph, I directed the reader back to the beginning to re-read the whole section. If successful, I covered the paper and asked him to summarize what he had just read. If he could not remember, then he read it again until he could tell me what was happening in the text. The first day I did this, none of the students finished an entire passage. Some of them only read six lines.

I was a little concerned that I was being too critical, too demanding about perfect reading. Did it really matter if they said “walk” instead of “walked,” or “this” instead of “these?” Was I being “mean” to seven-year-olds by making them read the same line over and over until they got it 100% correct? I thought about the techniques “Do it Again,” “Right is Right,” and “Format Matters.” And then I thought about my childhood piano teacher, Mrs. Gottlieb, and how she would not let me play a new piece of music entirely the first time I saw it. She would not even let me get past the first line if my fingers could not find the right notes. Similarly, during all of my childhood playing on basketball teams, if we were running a play in practice and a player was not in the right spot, or if I threw the ball to the wrong person, my coach would not say “Just keep playing.” We would stop. Right there. And he would move the player who was posting too high, or too low, and he would tell us what we did wrong, usually with a check for understanding at the end. Then we would do it again. From the beginning. Until we got it right. Sometimes we did the same play over and over and over again. But that is what you do at practice. Our coach (who happened to also be my dad) was not being mean. We understood the expectations and his methods, especially when we seamlessly executed a play and scored in a game.

Today I worked with one of the boys who is far below grade level. His passage had a lot of long /i/ sounds and he was dropping /s/ endings. At one point he stopped before the word ‘smiles’ and said to himself, and I think partly to me, “I keep missing this one.” I told him it was okay and to keep trying, impressed that he was starting to coach himself. It took him a few tries to read the line without error, but then he did, and he smiled. In that moment, I realized that when I give my students the opportunity to practice until they can be successful, to master even six lines of text, they get to feel like they just ran a play and scored. His sense of accomplishment was palpable. I did not feel mean today. I felt hopeful.

One Response to “On Practice…and Reading: A Guest Post from Leanne Riordan”